RMB has entered the 6.8 era! Export enterprises are still under pressure due to reduced orders and rising costs 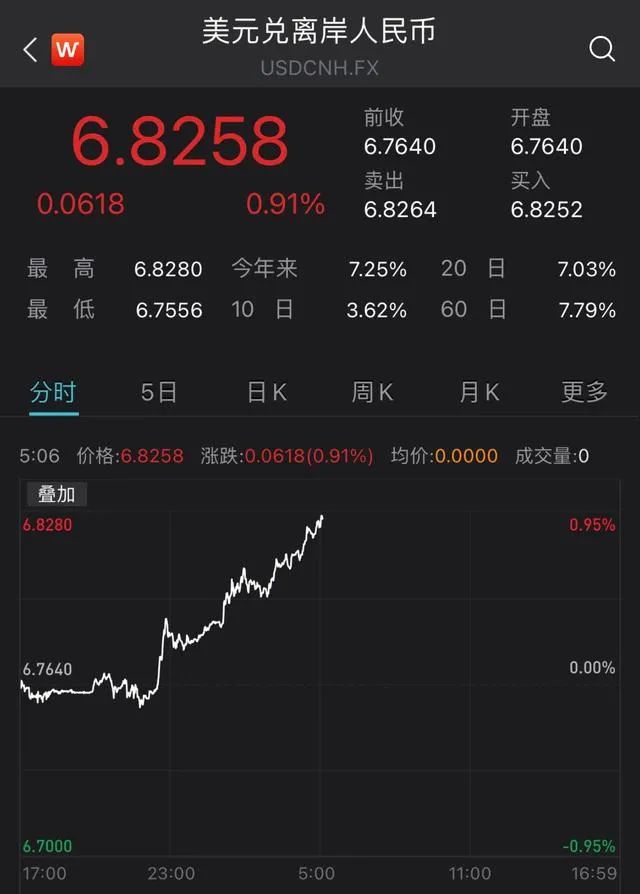 "at the closing price, the RMB fell against the US dollar for six consecutive trading days. The US April inflation data exceeded expectations overnight, driving the US dollar index to break through the 104 mark, catalyzing the sharp decline of the RMB on the 12th." A person from the financial market department of a large state-owned bank said that in addition, affected by the epidemic, the trading volume of the spot exchange rate did not improve, which also amplified the fluctuation of the RMB. After the sharp decline that began in late April, the spot exchange rate of RMB against the US dollar has fallen by 6.5% this year. 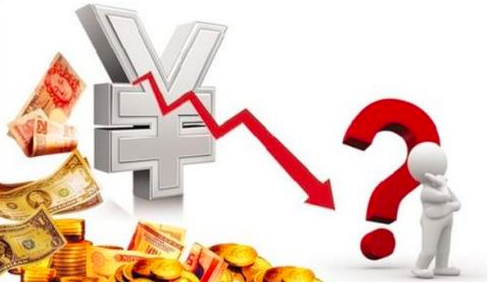 "in combination with the relevant processes at the time point and during the period, the weakening of market expectations after the impact of the epidemic on China's economy is an important reason for the sudden depreciation of the RMB against the US dollar. After April, the market's concerns about the impact on the economy gradually increased. Coupled with the weaker than expected economic data in the first quarter, the market's expectations of China's economic prospects shifted, thus breaking the stable process of the RMB against the US dollar. "Shanghai Securities pointed out in the latest research report that" China's economy is already in the decline period of economic growth in the shift period of growth. The impact of the superposition of the conflict between Russia and Ukraine on the prospects of economic growth has made the market form different expectations for the change direction of economic growth between China and the United States. "

the agency predicts that the short-term fluctuation range of RMB exchange rate will increase, or rise again after devaluation, and the RMB will rise to the equilibrium zone of 6.30-6.40 in the medium term.

many listed enterprises involved in product export said that the devaluation of RMB can improve the profits of foreign trade orders undertaken by the company, and subsequently improve the competitiveness of the company's product prices in the international market, which is conducive to the undertaking of new orders. However, the positive factors brought by the exchange rate actually have a limited impact on small and medium-sized enterprises. in the long run, the sharp fluctuation of interest rate in a short time may bring uncertainty to future orders. 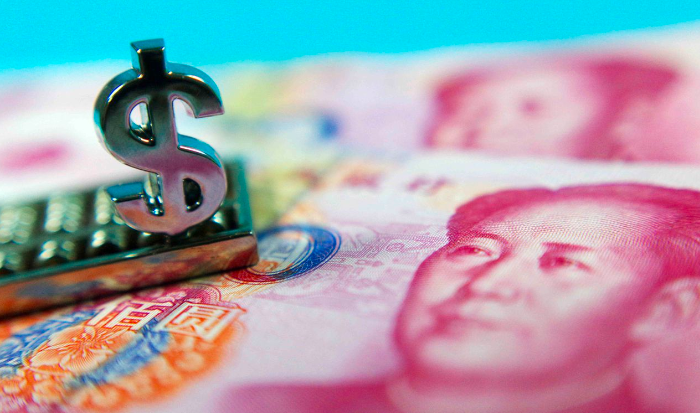 one of the reasons is there is a mismatch between the exchange rate advantage period and the accounting period. If the exchange rate depreciation period does not coincide with the settlement remittance period, the impact of the exchange rate is not large. Generally speaking, enterprises do not have a fixed settlement period. Generally, the settlement begins when an order is "out of the box", which means that the customer has received the goods. Therefore, exchange rate settlement is actually randomly distributed in various time periods of a year, so it is difficult to predict the actual settlement time. In addition, the buyer's payment also has an accounting period. It is impossible to pay on the day of receipt. Generally, it takes 1 to 2 months, and some large customers may take 3 to 4 months. At present, the goods in the collection period account for only 5% to 10% of the annual trade volume, which has little impact on the annual profit.

the problems of order reduction and cost rise are more urgent
compared with the impact of exchange rate changes, small and micro export enterprises are facing two more difficult problems, one is the decrease of orders, the other is the increase of costs.
from the macro data, the latest data released by the General Administration of Customs on May 9 showed that the total value of China's import and export of goods trade in April was 3.16 trillion yuan, a year-on-year increase of 0.1%, and the growth rate was 5.7 percentage points lower than that in March. Among them, exports increased by 1.9% year-on-year, much lower than the 12.9% growth rate in March; Imports fell by 2%, an increase of 0.3 percentage points over March.

from January to April, China's total foreign trade import and export value was 12.58 trillion yuan, a year-on-year increase of 7.9%, 2.8 percentage points lower than that in the first quarter. Among them, exports increased by 10.3% and imports increased by 5%.

order reduction
the general manager of a commodity export enterprise in Ningbo said that he began to feel the decline in orders after the Spring Festival this year, that is, in February and March, especially in April, "at least 20% reduction". He analyzed that last year, foreign customers panic shopping, so last year's export business was very hot. At the same time, last year's shipping costs also experienced a surge. "In March and April 2020, the freight of American and European routes was basically $2000-3000 per container. Last year, it was a peak in August, September and October, rising to $18000-20000."

price transmission takes time. Last year's goods may be sold this year, and the price of products will rise with the rise of freight, resulting in very serious inflation and soaring prices in the United States. In this case, the goods are overstocked, the inventory is particularly large, and the order volume this year is reduced accordingly. In addition, the traditional way of contact between foreign trade enterprises and customers is mainly offline exhibitions, such as the Canton Fair. Affected by the epidemic, the opportunity to contact customers is also relatively reduced.

an exporter of sanitary products in Yiwu felt another reason for the reduction of orders - industrial transfer. "In recent years, labor-intensive industries have shifted significantly, mainly to Vietnam, Turkey, India and other countries, and the export of hardware and bathroom products has felt great pressure." He said. "Industrial transfer is very terrible for us, because this process is irreversible. Customers find alternative suppliers in other countries. As long as there is no problem with cooperation, they will not come back."

raw materials: an exporter engaged in metal products said that the supply of upstream products decreased by about 10% due to the rise of raw material prices, and the cost also increased greatly.

among them, an exporter engaged in domestic engineering equipment in Qingdao, Shandong said that due to the impact of the epidemic, the transportation and logistics were not smooth, the raw materials were in great shortage and the price rose. "The price of iron products purchased some time ago has increased by 20% - 30%."

Logistics: the indirect interruption of logistics makes the production exporters pay a lot of additional costs.

an exporter in Yiwu said that its suppliers are distributed in Hebei, Fujian, Guangdong and other places. "Now a lot of goods are stuck in logistics and can't get off at high speed." In addition, the export of products mainly starts from Ningbo port. The positive confirmed cases from time to time make the logistics output of Ningbo Port unstable.

the information in this report comes from public data. Tianjin Keyun Logistics Group Co., Ltd. makes no guarantee for the accuracy and completeness of these information. The information, conclusions and views contained in the report are only for reference. Any investment decisions made by investors based on this are irrelevant to the company.